Work has begun on a new $275 million wind farm in western Victoria able to power more than 115,000 homes each year.

The construction of the 35-turbine Mortlake South wind farm, near Mortlake in Victoria, will create 90 new jobs in the region and 34 ongoing jobs for locals.

Victorian Energy Minister Lily D’Ambrosio said the development of this new wind farm had been driven by the state’s renewable energy target, which aims to increase Victoria’s level of green power to 50 per cent by 2030.

The project follows the announcement of a new wind turbine factory being built at the historic former Ford Motors factory in Geelong, Victoria, to support the growing demand from wind farms.

The $3.5 million factory is slated to begin operations soon, with the first wind turbines produced generating power by early 2020.

Small businesses are expected to benefit from the continued developments in renewable energy and enjoy cheaper power and more service-related business opportunities. 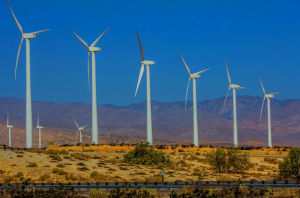