Singapore’s Cache Logistics has increased its exposure to Australian industrial property after agreeing to buy a logistics warehouse in Melbourne for $41.2 million.

The listed property trust, which owns $1.35 billion-worth of warehouses in Singapore and Australia, will acquire the single-story property at 182-198 Maidstone Street, Altona, from an Abacus and GAW Capital trust on an initial yield of 6.8 per cent.

Post-acquisition, Cache Logistics will own 17 properties in Australia and 10 in Singapore.

“We are pleased to announce the proposed acquisition of this warehouse in Altona,” said Cache chief executive Daniel Cerf.

“Cache has made enormous strides in our expansion since our first entry into Australia in 2015. This acquisition marks another milestone in our portfolio rebalancing strategy where we look to acquire higher-performing freehold assets,” he said.

The 34,000-square-metre warehouse and office complex stands on 8.3 hectares of land, of which 76 per cent is leased by a Melbourne-based transport and logistics company specialising in container transport services.

Industry insiders said the deal for the 30-hectare site on Horsburgh Drive in Altona North represented about a 100 per cent increase on what the property would have sold for 18 months ago. 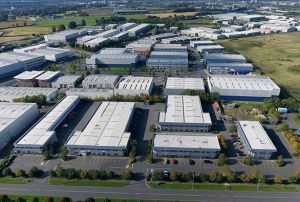