Scott Morrison will pledge the creation of 1.25 million new jobs over the next five years and the eradication of net debt within a decade, a move that would require paying down more than $350 billion over the 10 years.

In his first major economic speech for the year, the Prime Minister will issue a veiled warning of the risk of recession under Labor as he seeks to distil the May election into a single choice – that between a strong economy and a weak economy.

“Today, I am making a new jobs pledge for our government, to see 1.25 million jobs created over the next five years.”

Mr Morrison will also set a “goal” of eradicating debt, saying that with “continued good management, our debt can be eliminated within the decade”.

The mid-year budget update released in December forecast net debt to fall from the current level of 18.2 per cent of gross domestic product, or $351.9 billion, to 1.5 per cent of GDP, or about $35 billion, in 2028-29. To eradicate it altogether by then would require paying down the full $351.9 billion, which is an extra $35 billion on top of the trajectory forecast in the budget update.

Labor’s fiscal strategy involves offering income tax cuts to low-and-middle income earners only and raising $280 billion in revenue through such tax increases as curbing negative gearing and abolishing cash payments for excess franking credits. It argues that the extra revenue, which will be in addition to the budget position it inherits, would enable a Labor government to fund its promises as well as pay down debt and deficit faster than the Coalition, providing a bigger buffer in the event of a global downturn. 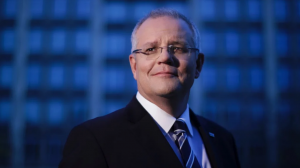 Posted in Uncategorized on 30th January, 2019