The latest NAB Business Survey released over the weekend showed that business conditions have rebounded strongly in March with profitability and employment components of the survey both up. Business conditions rose by 3 points in March bucking a six month downward trend. The closely watched employment index rose to 7 index points which is well above average.

NAB’s group chief economist Alan Oster said that based on past relationships between the survey and official employment data the current level implies growth of around 20,000 jobs per month.

“While this is lower than the rates seen in early to mid-2018, this should be enough to see the labour market hold onto recent gains in the unemployment rate for now.

The employment signals from the NAB Business Survey are one of the key data points for the Reserve Bank of Australia which has been expressing its confidence in the jobs market.

The unemployment rate fell to an eight year low of 4.9 per cent last week.

“The employment index itself remains well above average, suggesting that for now, survey indicators of labour demand remain favourable.”

Capacity utilisation – which shows how much extra slack in the labour market is being used – was up.

At First Choice Business Brokers, we are also seeing an increase in enquiries lately. We will keep you informed of the latest developments to help you make the most informed decisions. 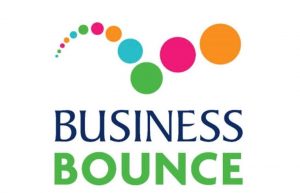 Posted in Uncategorized on 4th April, 2019