Australia’s population officially hit 25 million last Tuesday, according to the Australian Bureau of Statistics’ Population Clock, a milestone in the nation’s history.  Australia’s population increased by 388,000 in 2017. 62% (240,000) of that number was due to net migration, the number of migrants who arrive minus the number who leave. Over the last three years, Australia’s overall population has grown by around 400,000 per annum. If this trend continues, social research firm McCrindle projects it could hit 26 million as early as 2020, 30 million in 2030 and 40 million in 2048.

The majority of us still live in capital cities across the country with New South Wales (65% in Sydney), Victoria (77% in Melbourne), South Australia (77% in Adelaide), Western Australia (79% in Perth) and the Northern Territory (60% in Darwin). What’s significant is that, the abandonment of policies since the 1970s to achieve a more balanced distribution of population has resulted in Sydney and Melbourne receiving a disproportionately high percentage of population growth and economic concentrations.

The combination of a strong skills-based migration program, an extended baby boom plus a healthy fertility rate, means we are, on average, younger than the age profile of comparable countries. From a demographic point of view, the new migrants are likely to be a young, female Chinese student or skilled worker. The implication is that businesses who cater for the needs of this new demographic group are likely to prosper in the coming years. 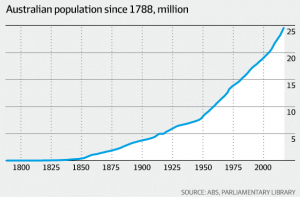 It’s reported that oil-rich Qatar’s sovereign wealth fund, the Qatar Investment Authority (QIA) – has struck a deal to sell its Telopea Downs property in what is expected to be the largest single farm transaction in Victorian history.

The 47,677ha Telopea Downs Station at Telopea in western Victoria is the biggest property owned by Hassad Australia which is in turn owned by QIA, which is set to fetch well over $70 million and while details of the buyer have not been revealed, names including the McBride family have been mentioned as the likely buyer.

Hassad has been selling farms off in the last 12 months, including Kaladbro to the Brinkworth family and more recently Clover Downs to the Zell family for about $27 million.

Properties with relatively high reliability has become more and more closely watched by institutional money in recent years, as global markets for agri-products continued to increase along with population growth. Here at First Choice Business Brokers, we are also seeing an increasing number of agri sector enquiries. 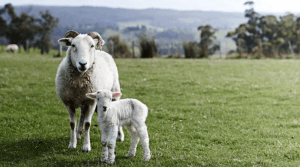 The trade war between the US and China may be raging as the heat wave sweeps across much of the northern hemisphere, the trade relationship between Australia and China is as hot as ever despite the winter in the southern hemisphere.

Australia’s trade surplus in June was higher than expected as exports to China boomed to their second highest on record. A report on Thursday from the Australian Bureau of Statistics showed Australia’s trade surplus rose by 158% to A$1.87 billion (US$1.39 billion), twice the forecast and the largest since May last year. Exports rose 2.6% on a pickup in a broad range of goods from iron ore and gold to farm and manufactured items, the data showed. Imports fell 0.7% as lower purchases of petrol outweighed an increase in transport and telecoms equipment. The windfall owed much to China, which has been hoovering up Australia’s iron ore and coal output even as trade tensions with the United States have escalated.

In July, China imposed 25% tariffs on American soybeans and also targeted other farm goods in retaliation for US duties on imports of steel and aluminium. China is instead splurging on soybeans from South America.

The escalations in tensions in the northern hemisphere is a boon for Australian exporters, with many sectors expected to benefit in the coming years, including tourism, education, financial services, hospitality and agribusiness etc. This helps explain an increase in the number of enquires we are getting in the above-mentioned sectors.

There’s always exciting news in Victoria’s business community. For a confidential discussion about your next business transition telephone First Choice Business Brokers on 9899-1888.

We’d love to hear your opinion and continue the discussion. Please contact lee@firstchoicebb.com.au or 0405 459 528 to discuss.

DISCLAIMER – Any financial information within this email has been compiled by First Choice Business Brokers to provide broad general information about business opportunities and the state of the market. First Choice Business Brokers makes no representations or warranties in relation to the financial information in this email. For purchasers looking to buy, we strongly recommend that you carry out your own investigation or consult a qualified accountant before making a purchase.

Copyright © 2018 by First Choice Business Brokers Pty Ltd. All rights reserved. No part of this publication may be reproduced in any form, by microfilm, xerography, electronically or otherwise, or incorporated into any information retrieval system, without the written permission of the copyright owner

Posted in Uncategorized on 14th August, 2018