In yet another sign of Melbourne’s strong economy outlook, more smart money are pouring into Melbourne’s high-end hotel sector. It was announced last week that Australia’s first St Regis Hotel is set to open its doors within the $800 million triple-tower Flinders Bank development in Melbourne’s CBD.

The 168-room, five-star hotel will occupy levels two to 11 in Tower Two of the development at 7-23 Spencer Street. The rest of the 33-storey building – the tallest of the three – will be made up of apartments.

The end value will be nearly $1 million per hotel room.

Established in 1904, St Regis New York is known to be the hotel where the Bloody Mary cocktail was invented. The Marriott International-owned brand is also associated with its highly customised butler service.

St Regis has more than doubled its footprint in recent years, with more than 40 hotels worldwide operating under the brand.

Construction on Flinders Bank is scheduled to begin next year and is expected to complete in 2022.

It leaves little doubt that Melbourne’s, and Victoria’s economic outlook continues to be viewed favourably and businesses in the tourism and hospitality sectors should continue to enjoy growth in the years to come. 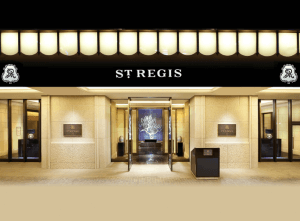 According to energy consultant Green Energy Markets, electricity prices in Australia have peaked and are now headed downwards. What’s more, they will continue to decline substantially over the next few years. Specifically, wholesale power prices are expected to keep falling, plummeting from about $85 a megawatt hour over 2018 to about $49/MWh by 2021. The driving force behind the scenes is a resurgence in renewable energy capacities, which have rebounded in recent years after only a 2-year drought.

Also contributing to the outlook on electricity prices, is a range of technological solutions – including switching from gas to solar, upgrading equipment and changing maintenance schedules, have increased the efficiencies in which electricity users, especially small-to-medium businesses, consume energy – while there was some upfront costs of up to $50,000 to upgrade new equipment or move to solar technology, the cost could be recovered within five years. The Australian Industry Group claimed a meat processing plant had saved $45,000 a month by cutting their gas use by 21% after upgrades to its boiler and steamer facilities. A building products manufacturer had also saved $42,000 a year by installing a new control system on its boiler. Essentially, By switching to more efficient equipment and cheaper renewable energy, manufacturers can improve their competitiveness as well as cut greenhouse gas emissions.

Historically, high energy costs have been one of the biggest challenges to the industrial sector in Australia, but as the sector becomes more energy efficient and more renewable power join the grid in the next few years, lowered electricity prices would help ensure future growth in Australia’s small-to-medium industrial sector. 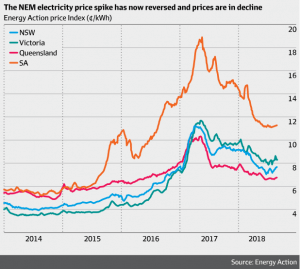 Posted in Uncategorized on 3rd September, 2018