The nation’s new Prime Minister Scott Morrison has put the company tax cut policy for small-and medium businesses flagged by himself, ex-PM Malcolm Turnbull and Mathias Cormann two days before the leadership spill high on his agenda. According to costings prepared by the Federal Treasury, details of which was leaked to the financial media last week, PM Morrison’s tax cut would cost up to $3.6 billion and be complete by as early as 2021-22, five years earlier than scheduled.

The plan was to announce the policy in the mid-year budget update just before Christmas. In addition, the government is contemplating an expansion of the accelerated depreciation scheme for small business. Under the current scheme, businesses with turnovers capped at $2 million can immediately deduct the business portion of most assets up to $20,000.

The move came as no surprises and is widely welcomed by the business community as PM Morrison is firmly into continuing economic development in Australia. 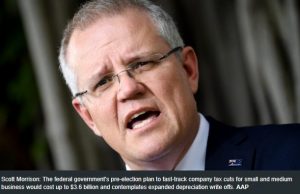 Business Loans to Get More Transparent With Fintech Help

In a favourable development for the small-and medium business community, it was reported last week that Westpac Banking Corp has entered into a referral deal with Valiant Finance, a start-up business loan broker that is making pricing in the business lending market more transparent as it meets a growing demand from companies seeking alternatives to big bank finance.

Valiant has formed a panel of 70 lenders, including non-bank fintech lenders such as Prospa and Moula, and its platform manages the entire loan application process. It also creates transparency around interest rates, including by standardising their disclosure, which will exert pressure on higher cost fintechs to be more competitive on price.

In an indication that big banks are trying to think more broadly about how to facilitate business access to finance, Westpac will send customers, or potential customers, that it can’t bank – because, for example, they fall outside its lending criteria – to Valiant, which will assess options in the non-bank market using a panel of mutually agreed lenders.

At First Choice Business Brokers, we view the development as very positive for the SME community, since getting affordable finances in a time/cost-effective manner has always been one of the biggest challenges for many of our clients. Fintech offers promising solutions for this market pain point and we look forward to more innovation that benefits our community to emerge in this sector. 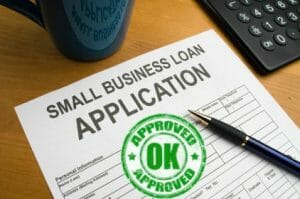 Posted in Uncategorized on 11th September, 2018